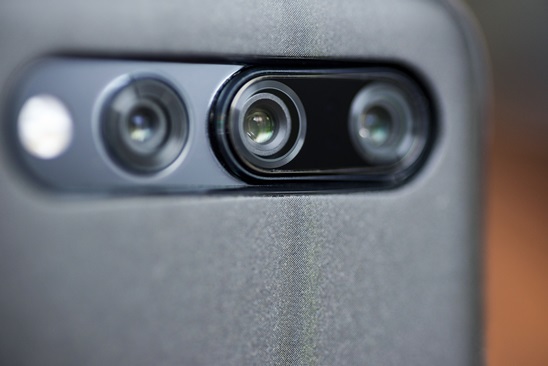 Three women have reported that a janitor previously employed at the Lamoreaux Justice Center in Orange County took photos of them without their consent while they were using the women's restroom. The case is currently under review at the Orange County District Attorney's Office, but the victims who have come forward have expressed concerns that other women may have been photographed without their knowledge and that the images may have been published online.

Case Barnett Law is representing two of the victims. One is a female attorney who spotted a phone pointed into her stall in October 2021. She promptly reported the incident to her supervisor, who then contacted the sheriff's department. Sheriff's deputies later located the disturbing images on the male janitor's phone.

The Lamoreaux Justice Center handles cases involving juvenile charges, family law, and domestic violence. The building also houses a self-help center, family court services, and the office of the family law facilitator. While the known victims were photographed in an employee restroom, it is possible that photos may have been taken in other locations the janitor had access to.

Laws Against Taking Photos and Video Without Consent

Under the federal Video Voyeurism Prevention Act, it is illegal to photograph or film a person's partially or totally nude private area without their consent when they are in a location where there is a reasonable expectation of privacy. This includes public restrooms, as well as dressing rooms in retail establishments or locker rooms in public gyms.

In California, photos and videos taken without consent are covered under Penal Code 647(i) — "peeking while loitering" and Penal Code 647(j) — criminal "invasion of privacy." These laws prohibit imaging devices used to secretly view, broadcast, or record a person without knowledge and consent in order to view their body or undergarments for the purpose of sexual arousal or sexual gratification.

Penalties are enhanced if the victim is a person under the age of 18 or if it is a second or subsequent offense.

Our California Personal Injury Attorneys Are Here to Help

Although the perpetrator could face federal or state criminal charges as the result of this incident, victims may choose to seek civil damages regardless of the outcome of any resulting criminal case. Since a civil suit uses a lower burden of proof than a criminal case, it is possible for a victim to win their civil claim even if the criminal charges arising from the same incident do not result in a conviction.

Being the victim of video voyeurism can be quite traumatic, and victims should be aware that they are entitled to compensation for the physical and emotional distress associated with the incident. A civil suit entitles victims to compensation for damages such as:

Due to the sensitive nature of the allegations, victims in video voyeurism cases are not generally named by the media unless they wish to speak publicly about what they have experienced. If you are concerned about protecting your privacy during this difficult time, your attorney can explain what options you have available to safeguard your personal information as your case progresses.

If you believe you were photographed in an Orange County courthouse restroom without your consent, we want to hear from you. Case Barnett Law has over 17 years of trial experience and our experienced legal team is committed to fighting for those who've had their right to privacy violated. We believe that taking steps to ensure those in power are held accountable for their actions can be a vital part of your healing journey. Call our office at 949.861.2990 or contact us online to request a meeting with our legal team.