Is Your Child Suffering Sexual or Physical Abuse at School? We Can Help You Navigate the Complicated Orange County Court System.

Physical and Sexual Abuse at School

Schools are a place where hundreds of kids gather every day in what parents expect is a safe, healthy environment. A place where our children can learn and grow. Our teachers, coaches, and other school personnel in authority promise to respect our children’s space and maintain proper relationships. Fellow students are expected to behave and not harm or abuse each other.

But sometimes inappropriate behavior happens. Our children are betrayed by those in authority or are harassed by their fellow students.

So to help you know whether a child is being abused, here are some warning signs. These are from the website of the U. S. Department of Justice Dru Sjodin National Sex Offender Public Website (NSOPW). This is a site we highly recommend and the lists below are directly from it.

Behavior you may see in a child or adolescent:

Behavior you may see in a teen:

Can You Sue a School District When Sexual Abuse Occurs at School?

Families have a right to know that their children are protected and safe while at school. If a school fails to protect your child, you can seek compensation. It is a school's duty to provide a safe and healthy enviornment for each child under their care.

As noted by the California Department of Education, "all persons who are mandated reporters are required, by law, to report all known or suspected cases of child abuse or neglect. It is not the job of the mandated reporter to determine whether the allegations are valid. If child abuse or neglect is reasonably suspected or if a pupil shares information with a mandated reporter leading him/her to believe abuse or neglect has taken place, the report must be made. No supervisor or administrator can impede or inhibit a report or subject the reporting person to any sanction." This is the law but, sadly, there are times when teachers and staff do not report suspected sexual abuse or assualt at their school.

When a staff member, coach, supervisor, teacher or school district fails to report suspected abuse, they must be held accountable for their negligence. Our child sexual abuse attorneys can help you naviate the process of suing your child's school.

​We also represent victims who are enrolled in private schools, religious schools and charter schools.

How prevalent is sexual misconduct in the nation’s schools? And what constitutes sexual abuse by a teacher or coach?

If you notice the warning signs and believe an adult in your child’s school is behaving inappropriately, contact a sexual abuse attorney immediatley. The list of mandated reporters in California school systems who must report suspected abuse is long. Mandated reporters are required to report abuse by law, and if they don’t, they may be found negligent.

In the end, teacher and coach physical and sexual abuse can start and stop with each individual adult working in the school system. You can help schools meet their mission to provide a safe, healthy learning environment by legally pursuing misconduct. And we’ll help you do that.

If your child was the victim of sexual abuse Case Barnett Law can help. It's not only teachers who have been found guilty of sexual abuse in schools. School administrators, coaches, school visitors, parent volunteers, janitors, school nurses, counselors, and after-school program employees are all capable of harming children at school.

See our recent case results for a family whose child was sexually abused by her school bus driver.

Children with special needs are often at a greater risk of being sexually abused. Statistics show that these children are three times more likely to be victims of sexual abuse in schools than other children. Parents must know that it's critical to hire an Orange county sex abuse attorney with experience handling these very complex cases.

Case Barnett Law represents children who often qualify for an Individualized Education Program (IEP). An IEP is an important item for your child's education but it also protects them from being harmed while at school. According to the California Courts website:

"If the school district fails to implement the services agreed on in the IEP:

If a parent or a person who holds educational decision-making rights agrees to an IEP and the school fails to implement the agreed services and supports, a parent or educational rights holder may file a complaint with the California Department of Education’s Special Education Division

This process is only used when a school district fails to provide the services and supports that are agreed on by the IEP team. If a parent or educational rights holder disagrees with the school about eligibility or about what services will be provided, this is resolved through a hearing process. Click for more information on the right to request a hearing."

It is extremely important that the parents document any instance of abuse or assault with their school district. A child's IEP will spell out what special protections they may need and what the school's duty is when it comes to protecting them and keeping them safe.

We help families whose children have special needs or have been diagnosed with any of the following:

Sexual Harassment of Students by Students

California law AB-329 requires students in the 7th through 12th grades to get educated on sexual harassment and assault. They learn that past generations’ gender stereotypes are no longer acceptable in today’s society.

Masculinity is not just an expression of power and dominance any more than femininity is submissive. These attitudes have the potential to foster sexual assaults. Respect for each other regardless of gender is the new way schools are teaching kids to get along. Hopefully, it will lead to a reduction in sexual harassment suffered by too many students.

What happens when the abuse is online?

If another student at your child’s school is sexually abusing or bullying your child online, the school may still be partially liable. It could depend on a number of factors, including whether or not the school knew that these actions were taking place, yet refused to report them, as per CANRA’s guidelines for mandatory reporters. The school may also be responsible if it has a zero-tolerance policy which it has refused to enact, or if the bullying, hazing, or assault took place on school grounds, or with the use of school computers.

If your kids are using social media, we highly recommend you take a look at the U. S. Department of Justice website (see NSOPW site above) for valuable information on abuse via technology. For parents, social media is figuratively right under their noses, but often difficult to clearly see or get a handle on.

Some of the facts on the extent of sexual abuse among youth on social media will surprise you. Here’s what we found (we feel that these are so important that we are presenting them to you word for word):

Sexual Abuse at Colleges and Universities

Any parent knows that just because your child is of "legal" age, they aren't necessarily protected from the type of abuse we discussed above. Sending young adults off to college and universitites requires an enormous amount of trust in the legal institution our children are attending. Just like in the younger years, our children deserve to be safe at college and universities must ensure that they aren't being negligent in the staffing of their institutions.

Sexual abuse, sexual assault, rape, sexual hazing and inappropriate professor-student relationships are all circumstances where you, or your child, can seek monetary compensation. According to RAINN, sexual violence on campus is pervasive.

Student or not, college-age adults are at high risk for sexual violence.

If you, or someone you know, has been a victim of sexual abuse at a college or university it's critical that you report the assault to law enforcement and call an experienced sexual abuse attorney.

Call 800.656.HOPE (4673) to be connected with a trained staff member from a sexual assault service provider in your area.

We specialize in sexual abuse and assualt at school and can help you navigate the often complicated process of reporting physical and sexual abuse at school. It's time for school districts to change their policies to ensure that their staff members and teachers are providing the safest possible enviornment for our children.

Your child may require ongoing psychological help if he or she has been traumatized by a teacher, coach, or other adult in authority. You deserve just compensation for not only pain and suffering but also these ongoing expenses.

Also, schools should be held to a higher standard, so if your lawsuit gets a predator out of the system, you have done your community a service.

If you have questions or think you might have to sue your school district, give us as call at 949.861.2990 or contact a sexual abuse lawyer here. 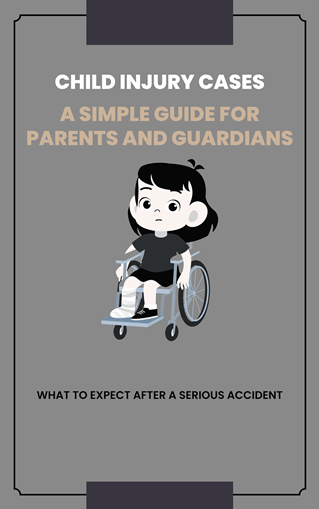