Physical and Sexual Abuse at California Daycare and School 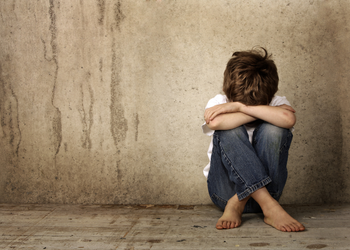 Schools aren't what they used to be anymore. Growing up, schools used to be a haven for students. These days, parents have to worry about bullying, shootings, sexual assault, and many other increasingly normalized incidents in school. As a parent, guardian, or an ordinary responsible adult, it's your moral responsibility to play a part in making schools safe like they used to.

To put things into perspective, statistics from the Rape, Abuse & Incest National Network show that college students aged between 18-24 are three times at risk of being sexually assaulted on campus. And that's not the only statistic you should be concerned about as a parent, guardian, or responsible adult. Here's more:

Sexual violence is the most common crime in colleges. The study shows that college women are twice as likely to be sexually assaulted than robbed. In addition, in every robbery incident in college, there are at least two cases of sexual assault involved.

Even scarier is that most victims of sexual assault, especially on campus, are afraid to report it. This means that there's always the possibility that someone you know has lived through their campus life and probably graduated while silently dealing with the trauma of sexual assault.

According to the study conducted by RAINN, most students don't report sexual assault cases on campus because they:

From the above statistics, it's clear that many students suffer the pain of sexual assault throughout their lives in school and even after. Unfortunately, less than four percent of them report these incidents, and when they do, they don't involve the police.

It's also evident that sexual assault survivors need help. They need someone who understands their story and can help hold the other party responsible for their actions. One of the greatest consequences of not speaking up about sexual assault is that it enables the abuser to assault even more victims. As a result, they tend to get away with their actions.

Why You Need a Sexual Assault Attorney to Fight For You

Sexual assault laws are complicated. And it's even worse when you're in college. Society perceives college students as people who love to put themselves in dangerous situations. But that's not the point - no one has the right to abuse you. Whether you're at a party or in your room studying, you deserve to feel safe.

Sexual assault is a crime that should never be excused. But unfortunately, there are so many loopholes that abusers could take advantage of to get away with their actions. That's where an experienced California sexual assault attorney comes in.

A sexual assault lawyer can help file a civil lawsuit against the abuser, who could either be an individual or an institution. When it comes to sexual assault cases, more than one party might be responsible for the assault, even if they were not directly involved.

For instance, schools must provide adequate security for their students, ensuring they're safe from sexual abuse and other crimes. For this reason, you may be able to hold them accountable if they acted negligently, enabling the abuser to prey on innocent victims.

Statute of Limitations for Sexual Assault Cases in California

What to Do If You've Been Sexually Assaulted at School

Sexual assault in daycare is a parent's worst nightmare. The last thing you want is to discover that the individuals you trust with your child while you are away at work are the abusers.

The following are some of the most common signs of sexual abuse at daycares:

Anxiety and fear: If the child suddenly feels afraid and stressed about going to daycare, it could signify that they've been sexually abused.

Recurring nightmares: Most kids have nightmares. But if your child suddenly struggles to sleep and keeps having nightmares, it could be a sign of sexual abuse at daycare.

How Can Case Barnett Law Help?

If you're a sexual assault survivor, our attorneys can help file a civil lawsuit against the abuser. As mentioned earlier, there are times when it may be necessary to file a claim against more than one party. In that case, our seasoned California sexual assault attorneys can help identify the parties responsible, either directly or indirectly, and hold them accountable.

We'll also assess your damages and use them to pursue favorable compensation. While the abuser might not go to jail for their actions if found guilty in a civil lawsuit, you may be able to recover financial compensation for your damages. This helps you settle your medical bills and other damages suffered due to the assault. Bear in mind that the accuser could also face criminal charges, and if found guilty, they risk serving time in jail.