Most doctors are good people. But a few rogue ones prey on their patients, abusing them sexually. If you or your loved one is a survivor of sexual abuse by a doctor, it’s time to take action.

Based on this report, we all agree that failure to seek legal action against such doctors is what enables them to keep assaulting their patients. The more they get away with their crimes, the higher the chances of repeating them. 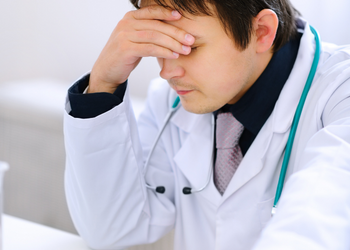 Seeking medical assistance is the first thing to do. Understandably, you may lose your faith in doctors after such an incident, but still, there are some good doctors out there you can trust. If the incident involved violence or any form of penetration, you need a different doctor to examine your injuries.

There’s always the risk of contracting sexually transmitted infections after a sexual assault incident such as rape. In that case, seek immediate medical attention from a different doctor. Don’t take a bath before seeing a doctor if there has been any form of violence or penetration. An experienced doctor could help collect the evidence you need to seek legal action against the abuser.

After seeking medical attention and obtaining a medical report, you can file a complaint against the abuser. The doctor who examined your injuries can also help you file a complaint to the relevant authorities.

In California, you’ll need to file a complaint with the Medical Board of California. The board will review the claim and decide how to proceed with the case.

How a Sexual Assault Victims Lawyer Can Help

If you or your loved one has been sexually assaulted by a physician, it’s important that you contact a sexual assault victims lawyer right away. Such an attorney can help you seek compensation against the abuser.

When the physician is found guilty of sexual assault, they could lose their license and serve a jail term. The evidence used to file a criminal case against the doctor can also be used to file a civil claim, allowing you to recover damages you or your loved one suffered due to the doctor’s wrongful conduct. That’s where a sexual assault victims attorney comes in.

It’s easier to file a civil claim against a doctor who’s already been found guilty of sexually assaulting their patient in a criminal case. An experienced attorney can help you file a civil lawsuit against the doctor and their employer.

Why Is It Necessary to Sue a Doctor’s Employer for Sexual Assault?

Suing the doctor alone may not get you the compensation you need and deserve. You need to maximize your claim, and that’s something an experienced attorney can help you with.

When a doctor sexually assaults a patient, there’s always a possibility that the employer shares a certain degree of fault. For example, most doctors convicted of sexual assault usually have questionable behaviors or records employers that should have disqualified them from providing healthcare services to patients. But despite these red flags, some employers still hire such rogue doctors, providing them a platform to continue their abusive behavior. Negligence in the hiring process is enough reason to file a lawsuit against the doctor’s employer.

The same applies if the healthcare facility didn’t follow the required procedures after learning about the sexual assault incident involving their employee. The federal government and the state of California have specific guidelines employers must follow when they receive a sexual assault complaint regarding their staff. Failure to follow these guidelines is a good reason to sue the healthcare facility.

What Damages Can You Recover From a Sexual Assault Claim Against a Doctor?

When you file a sexual assault lawsuit against a doctor, you may be able to recover compensatory damages. This is because civil lawsuits filed against abusive doctors are usually much easier to win than criminal cases. The probability of winning a civil lawsuit further increases if the doctor has been convicted of sexual assault in a criminal case.

If you win the civil lawsuit, your attorney can help you recover compensation for:

The exact damages patients may be able to recover following a successful sexual assault incident depends on several factors. For example, depending on the severity of the assault and the level of negligence, the attorney can also request the court to award them punitive damages to serve as a warning to other medical providers. In addition, the victim’s family can file a loss of consortium claim against the doctor or medical provider.

Our Orange County Sexual Assault Lawyer is Here to Help You

Sexual assault cases are not the easiest to prove, especially those involving doctors and healthcare facilities. This is because doctors are one of the most protected professionals in the healthcare industry. Additionally, most healthcare providers understand the seriousness of these claims. For this reason, you should expect a tough legal battle, and that’s why you need help.