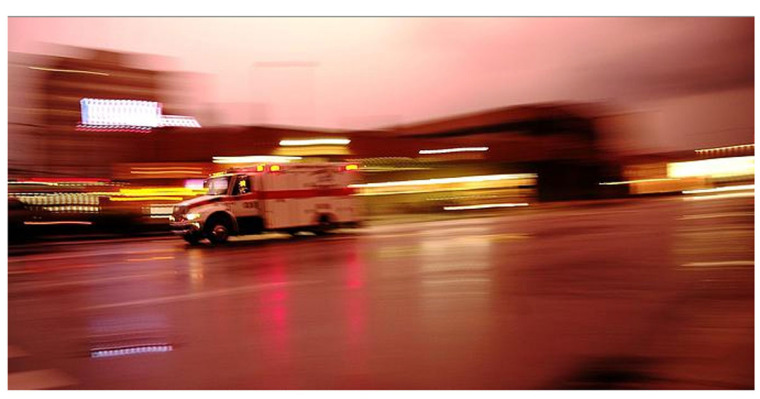 Traffic crashes are often referred to as “accidents” giving the impression that crashes just happen out of nowhere. But traffic crashes happen because someone was negligent. Someone wasn’t doing what he was supposed to do. Someone was not obeying traffic laws. Whether someone was driving too fast, or distracted because of their mobile device, accidents don’t just happen. According to The National Highway Transportation and Safety Administration (NHTSA), in 2013, 3,154 people were killed in vehicle crashes involving distracted drivers. Five seconds is the average time your eyes are off the road while texting. If a person is traveling 55 mph, that is enough time to cover the length if a football field blindfolded. (2009, VTTI).

Legislators in the state of California take traffic safety very seriously, and they are trying to reduce the number of car accidents by enforcing various laws that are supposed to deter drivers from speeding, running a red light, driving under the influence, or using cell phones while driving, which are some of the most common traffic violations in the U.S. Talking on a cell phone while driving is the most common cause of distracted driving, and most states have specific laws banning it. Distracted driving laws in the state of California have existed since 2006, when the first cell phone legislation was introduced.(dmv.com)

Currently, there is a law in effect that prohibits drivers under the age of 18 from using any type of wireless communications device while driving. This ban is an addition to the provisions that are already in existence, which prohibit teen drivers from using cell phones. (dmv.com)

The prevalence of mobile devices in life, has created addictions and people can’t just stay off of their phones. It only takes a fraction of a second to change someone else’s life forever. There is no excuse for looking at a text messages or email while driving. “Everyone does it,” is not a defense. For more information on teen distracted driving data, please go to: http://www.distraction.gov/downloads/pdfs/11381-Distracted_Driving_Teens_2013_032415_v1a_tag.pdf

Sending text messages while driving is a huge distraction, but a lot of people don’t realize that and still do it. It’s a potentially dangerous activity because it requires you to take at least one hand off the steering wheel to type and send a message, and you can lose control of your vehicle pretty quickly that way. That’s why the state of California has banned all drivers from texting, and this ban is considered a primary law. Furthermore, drivers are also prohibited from hands-free text messaging, as well as voice-operated text messaging. The text messaging fine is $20 for a first offense, and $50 for a repeat offense. (dmv.com)

Using a smartphone while driving for navigational purposes is also not allowed. Drivers can’t use a GPS application while holding a smartphone in their hands, which used to be allowed until April 2013. (dmv.com)

Drivers aged 18 and above can only use a cell phone with an attached hands-free device. There is a hand-held ban for both adult and teen drivers, which is considered a primary law. (dmv.com)

School bus drivers are prohibited from using cell phones while driving, be it hands-free or hand-held. They have a special responsibility due to the fact that they transport children to school and that’s why they are not allowed to use a cell phone with a hands-free device, which other drivers are allowed to do. (dmv.com)

Some states forbid specific activities while driving. While recent years have seen states address telephones and electronic gadgets, some low-tech distractions have been specifically banned in certain states for a long time. States have specifically prohibited activities including personal grooming (such as shaving or putting on make-up), reading, writing, interacting with pets, and other common in-vehicle distractions. (findlaw.com)

Evidence of Negligence or Recklessness

For example, if someone has an accident while or shortly after talking on a cell phone, evidence of their phone call could be presented to prove negligence or recklessness. With the issue of negligence deciding many auto injury lawsuits, evidence of distraction could result in potentially large monetary liabilities.

With cell phone records detailing when people use mobile devices and how, evidence relating to phone calls and messages sent or accessed close to the time of an accident become crucial in many auto accident related lawsuits.

Distracted driving has many variations and can happen when tending to a crying child or looking at your phone when you receive a text message. California  has enacted laws banning specific acts such as texting or using a handheld phone while driving.
In addition to traffic tickets, distracted driving can cause accidents, injuries, or even death, and can be used as evidence of a driver’s negligence or recklessness in lawsuits stemming from an auto accident.

If someone is on their cell phone, tablet or otherwise just not paying attention while driving, and crashes in to you, contact Case Barnett Law so we can help you. Let Case Barnett Law deal with the insurance companies and all of those hassles so that you can focus on healing.