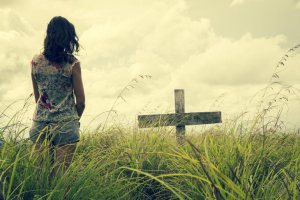 Nursing home abuse of any type can cause extreme amounts of physical and mental suffering to the victim. This is why California and all other states recognize the right of a nursing home resident (or in some cases, a loved one on behalf of a resident) to bring a lawsuit against the person responsible for the abuse as well as the nursing home itself – either for failing to supervise and terminate an abusive employee or for failing to provide protection against a violent resident. This holds true whether the abuse inflicted upon the victim-resident is physical abuse, sexual abuse, neglect, or even psychological abuse.

Defining and Dealing with Psychological Abuse

Unlike other forms, of abuse, the harm caused by psychological abuse is primarily mental in nature and can be even more challenging to detect than other forms of nursing home abuse. The perpetrator of the abuse may use words, actions, or a combination of the two in order to inflict humiliation, terror, embarrassment, or distress upon the victim-resident. The victim-resident may live in a constant or near-constant state of fear or shame. Psychological abuse can occur when an employee of the nursing home or another resident in the nursing home:

Other Challenges with Instances of Psychological Abuse

Before recovery of damages will be permitted, the injured resident or the person bringing the suit on his or her behalf will need to establish (amongst other propositions) that an individual under the supervision or control of the nursing home engaged in a pattern of “abusive behavior” that resulted in real consequences for the victim-resident. This will most often require evidence that the allegedly-responsible party was more than simply “mean” or ill-tempered. Rather, evidence of psychological abuse will need to establish that the offending party’s behavior was patently offensive and undertaken to produce trauma for the resident.

Case Barnett Law can assist injured nursing home residents and their families evaluate suspected instances of nursing home abuse to determine what legal rights to recovery they may have. Contact your Costa Mesa nursing home injury attorney today at (949) 861-2990 or by completing our online form.