Can I Sue for a Rideshare Accident?

It’s hard to imagine a world without rideshare services, but the reality is that they’ve only been around for a little over a decade. In fact, Uber — which is arguably the most influential of the rideshare giants — was only founded in 2009. Despite being relatively new, rideshare services have transformed short-distance travel in cities across the country.

Rideshare services offer a lot of advantages to city dwellers, such as low fares, convenience, and competitive urgency. However, as part of the gig economy, they also present several challenges, including determining who to hold accountable in the event of an accident. As the laws around the industry are slow to catch up, many rideshare accident victims find themselves unsure of where to turn.

Who to Sue After a California Rideshare Accident 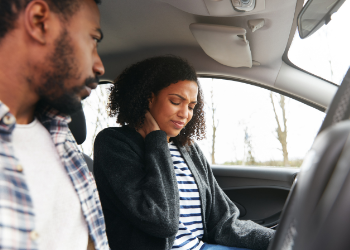 In any car accident, determining the at-fault party is generally the first step on the road to securing compensation. However, it’s not always a cut-and-dried situation. Not every driver involved in an accident is to blame; the at-fault party could be another driver, multiple drivers, the local government, or the rideshare company.

An experienced Costa Mesa personal injury attorney can help you sort through the details unique to your accident, but here are some things you need to understand right away if you have been hurt in a rideshare accident in Orange County.

In California, the driver who is responsible for the accident is liable for any injuries that resulted from it. However, California is also a comparative negligence state, meaning that if there are multiple at-fault parties, they may all be liable for any damages that resulted. The courts will assign a percentage of fault to each defendant, which will correspond to the portion they each pay the plaintiff.

When the Rideshare Driver Is at Fault

Lyft and Uber drivers are incentivized to get from one stop to the next quickly — the faster they move, the more money they can make. It’s for that reason that many rideshare accidents occur, but then you also have the issues of drowsy driving and even drunk driving contributing to the overall number of accidents.

Suing Uber or Lyft for an Accident

In 2020, California passed Prop 22, a ballot initiative led by app-based companies, including Uber, to label drivers as gig workers, stripping them of many employee rights. However, it was struck down as unconstitutional by California Superior Court Judge Frank Roesch, meaning rideshare companies must consider their drivers to be employees.

If you were injured in a rideshare accident that was caused by a third-party driver — meaning a driver in another, non-rideshare vehicle — you may be able to file a claim with their insurance policy or pursue a personal injury lawsuit. If the third-party driver doesn’t have auto insurance or has a policy that is too limited to cover your damages, you may still be able to file a claim under the rideshare company’s uninsured/underinsured policy.

Why File a Rideshare Accident Lawsuit?

Not all accidents warrant a lawsuit. For example, if you were the passenger in a car that has a minor fender bender and you suffered no injuries, you probably won’t be able to recover any compensation.

However, it’s important to sue for rideshare accidents when you suffer injuries that warrant medical attention or greatly impact your life. After all, why should you foot the bill for someone else’s negligence?

Many injury victims are under the impression that they can only sue for strictly economic losses, such as medical debt resulting from the accident. Luckily, that’s not the case. If you were the victim of a rideshare accident caused by negligence, you may be able to sue for many different damages, including the following:

In serious rideshare accidents, passengers may suffer injuries that change their lives forever. They may need therapies and medical treatment far into the future, or they may be permanently disabled and unable to work. As a result, calculating how much compensation you’re owed can be tricky. Luckily, an experienced rideshare accident lawyer can help.

Initiating a lawsuit is probably the last thing on your mind, but keep in mind that you only have two years from the date of your injury to file.