Can I Sue My Child's School for an Injury?

When your child is hurt, you’re furious. Parents can’t stand to see their children in pain, and when they are forced to, they want to take action. That’s a big part of why Case Barnett Law receives this question so often: “Can I sue my child’s school for an injury?”

We understand how upsetting it is to see your child hurt, and we work hard to get justice for injured children and their families every day. But the answer to this question, unfortunately, is not always yes. In fact, it’s often no.

There are plenty of reasons for that, as well as a ton of relevant laws and concepts to understand if you are seeking justice for your child’s injury at school or daycare. Below, we help you understand when you may be able to sue a school for your child’s injury. Read on to learn more, or reach out to an experiend California child injury attorney at Case Barnett Law to discuss your case.

Schools Are Responsible for Your Child’s Safety

It is true that if a school is negligent in caring for your child and that negligence results in an injury, they likely will be liable for that injury. However, demonstrating that a school was truly negligent is often difficult. That’s because schools can often point to their safety plans and show that they did take the necessary measures to reduce the likelihood of injuries occurring.

In other words, not all school injuries will warrant a lawsuit against the school. That is often a disappointing realization for many parents of injured children, which is understandable, but it’s important to keep in mind that the school may not be the only potential liable party for your child’s injury.

How Kids Get Hurt at School 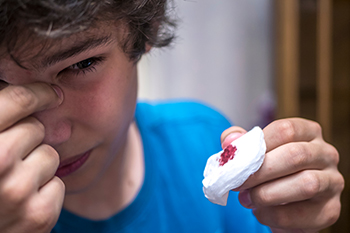 Can you sue your child’s school for an injury? That will depend heavily on the nature of the accident and the actions the school took to prevent such injuries. Below, we look at some of the possible liable parties in the most common types of incidents that lead to school injuries.

Sadly, bullying is extremely common in school. And children who are bullied can face long-term psychological trauma as a result. Perhaps even more frustrating for parents is that bullying is rarely enough on its own to warrant a lawsuit against a school.

Most California schools will have in place procedures meant to deal with allegations of bullying, and as the parent of a child who is being bullied, you are expected to engage in those procedures with the school. The simple occurrence of bullying on school property does not constitute negligence on the part of the school.

However, in some cases, bullying can escalate to physical violence that warrants legal action. Even in these cases, though, the parents of the bully are often liable for the injuries instead of the school.

School bus accidents injure thousands of students every year. And while these accidents often do lead to legal and insurance claims for the resulting injuries, they only sometimes implicate the school district.

If the school district’s policies or lack thereof contributed to causing the school bus accident that injured your child, you might be able to sue the school for your child’s injury. An example might be subpar background checks for district-employed bus drivers, in which the driver was directly at fault for the crash.

In most other cases, however, the at-fault party in a school bus accident is the driver of another vehicle or even the manufacturer of one of the involved vehicles.

In other cases, the manufacturer of defective playground equipment or the parents of another child may be liable for your child’s injury, depending on the details of the accident.

If the school failed to address a puddle or other factor that caused a floor on school property to be slippery and hazardous, it might be liable for resulting injuries to students.

School cafeterias are responsible for providing food that is safe to consume. While food poisoning only rarely results in injuries severe enough to sue over, if such a case did arise because a school cafeteria had negligent food preparation practices, you might be able to sue the school district.

In other cases, however, the cause of food poisoning may be out of the cafeteria’s control. In that case, the school would likely not be liable for resulting injuries.

Most children who play school sports have to sign a waiver that relieves the school of liability in the event of an injury. That means that injuries that occur in regular practices and games may not lead to a viable lawsuit. However, these waivers are not bulletproof, and certain negligent or intentional actions by coaches or other school officials could warrant a school injury lawsuit.

Sexual abuse is shockingly common in schools, whether it happens in youth sports, after-school clubs, or a wide variety of other school-related settings. The sexual abuse of a child is not just a criminal act — it’s an act that can warrant a lawsuit. And sometimes, such as when a school fails to properly vet its employees or tries to cover up sexual abuse, those lawsuits can be against the school districts themselves.

Suing a school for your child’s injury can get tricky when the school is public. That’s because public schools are seen as an extension of government, and there are different rules for suing the government in California.

For example, instead of the usual two-year deadline (statute of limitations) to sue a non-government party for an injury, you face a deadline of just six months when the school responsible for your child’s injury is public. In addition, you have to follow strict rules laid out by California law when you submit your claim to the government.

It’s not impossible to sue a public school — Case Barnett Law has won many cases filed against Orange County school districts — but it can be difficult.

Private schools, on the other hand, are often much easier to sue for a child’s injury. That’s because they don’t receive government funding and are generally regarded like other private businesses in terms of liability.

Can You Sue a Daycare for a Child’s Injury?

What about daycare? We send our children to daycare at their youngest and most vulnerable ages. Surely there is a way to hold them accountable for your child’s injuries.

Figuring out whether you can sue your child’s school for an injury isn’t easy. Tiny details can make or break a case, and the school isn’t always the right party to name in your lawsuit. These details can lead to a lot of confusion, which is why it’s helpful to speak with an experienced California personal injury lawyer.

At Case Barnett Law, we help families seek justice for their children’s injuries. Sometimes but not always, that involves suing a school. In any case, our trusted attorneys have the experience and legal knowledge you need on your side as you seek compensation for what has happened to your child.

You can find out whether you can sue your child’s school for an injury at no cost to you. That’s because we offer free consultations. To request a free consultation with our team, reach out by calling 949-409-0055 or filling out the online contact form below. We have been proudly servicing clients throughout Costa Mesa, California and the surrounding areas.