Car Accident with an Out-of-State Driver? Here Are Your Options

What Happens After a Car Accident With an Out-of-State Driver?

In the moments after a car wreck, you might not take in many details. You’re probably more focused on making sure everyone is safe and getting your wrecked vehicle out of traffic.

But there’s one seemingly minor detail that might be worth noticing. That’s because it can have profound effects on a future car accident lawsuit.

It’s the license plate of the other driver’s vehicle. Is it a California plate? If not, you have just had a car accident with an out-of-state driver.

Don’t lose hope just yet — it’s still possible to file an auto accident lawsuit to recover compensation for your damages. But there are some important legal considerations to keep in mind when your accident involves an at-fault driver from another state.

Read on to learn everything you need to know about this unique auto accident scenario, including your legal options. And if you’re ready to start building a bulletproof case to recover compensation, reach out to our experienced Orange County personal injury lawyer at Case Barnett Law today. 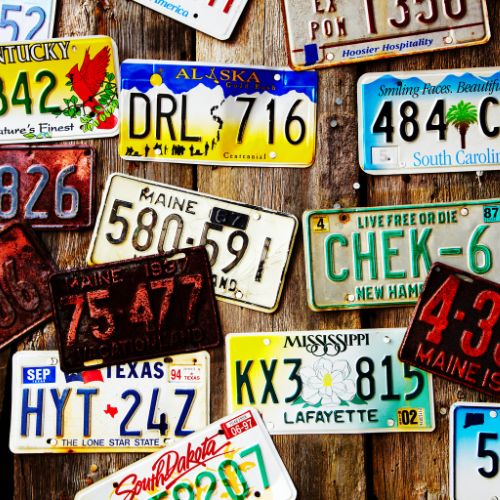 Where to File a Lawsuit Against a Non-California Driver

Any time you file a lawsuit against someone, you have to file it with a particular court. If you file it in the wrong place, you might have to start over. In some cases, you could miss your chance to file a lawsuit.

Where you choose to file your lawsuit will depend heavily on the unique circumstances of your case, but it’s often favorable to file in California if you’re a resident of California. The reasons really come down to logistics. It’s often better to have the home field advantage for a lot of reasons, including reducing your driving time to get to court.

Choosing which court to file your auto accident lawsuit with is a difficult and incredibly important task. That’s why so many people in your situation consult with a qualified attorney for advice specific to their cases.

Most years, more than 100 million drivers from other states visit California. Some of them inevitably get into car accidents. When that happens, which laws apply — their home state’s laws or California’s laws?

It isn’t set in stone and can change based on the details of your unique accident, but in most cases, it’s safe to assume that California law will apply to car accidents that occur in California.

What does that mean for you, exactly? It’s tricky, but one of the key takeaways to remember is that different states have different negligence laws. And negligence is going to play a huge part in the resolution of your case and your ability to recover compensation.

You will have to show that the at-fault driver was negligent and, therefore, is responsible for compensating you. But the other driver may try to suggest that you played a part in the accident, meaning they owe you less compensation or no compensation at all.

Here’s where the state laws become incredibly important. If, for example, you were in a state that recognized pure contributory negligence, such as Alabama, you wouldn’t be able to recover any compensation if the other driver could show that you were even 1 percent at fault for the crash.

This may be a moment when you’re very glad your car accident occurred in California. That’s because our law is the opposite of pure contributory negligence. We do comparative negligence, which means you can still recover compensation from the at-fault driver if you have some blame for what happened. The only difference would be that your compensation would be reduced by the percentage of fault you’re found to hold.

Determining the laws that apply when you’re in a car accident with an out-of-state driver can be confusing, but an experienced lawyer can help you sort out the tricky details.

Car Accident with an Out-of-State Driver with No Insurance

If you thought getting into a car accident with a driver from another state was confusing, imagine how much more confusing it will be if the driver doesn’t have insurance or has too little insurance to cover your damages.

Unfortunately, this happens all the time. That’s because different states have different insurance requirements. So, out-of-state drivers may have less coverage than what’s required under California law.

That can leave you feeling like you’re unable to get full compensation for your damages from the car accident. And while it’s understandable to be afraid of that, you have some potential options:

While state law doesn’t require you to purchase uninsured or underinsured motorist coverage, some policies include it, and some California drivers have planned ahead to purchase this helpful coverage.

Here’s how it works: You buy uninsured or underinsured motorist coverage, and when you’re in an accident with an uninsured out-of-state driver, you can draw from your own policy to cover your damages.

Ignorance of California’s minimum auto insurance laws is no excuse, and your ability to sue the uninsured driver doesn’t depend on their ability to pay you. In other words, you can still file a lawsuit against them despite the fact that they are uninsured and from another state.

That’s not to say it will be easy, of course, but the right car accident attorney can greatly increase your chances of success.

A lawsuit for a car accident with an out-of-state driver can be summed up in one word: complicated. But there’s good news: An experienced attorney can clear up the confusion and handle the tricky legal parts.

That way, you can focus on recovering your health while your chances of a successful lawsuit increase. If that sounds like a plan, it’s time to get started.