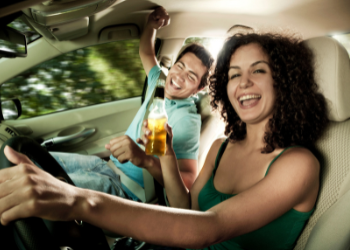 That’s why around 2 out of 3 people will be affected by a Costa Mesa drunk driving accident at some point in their lives, according to Mothers Against Drunk Driving (MADD).

Many people see startling drunk driving statistics like that and feel sad, but they assume that’s happening somewhere else — not in their hometown. That assumption, unfortunately, is wrong.

In fact, drunk driving happens all the time in Orange County, the county Case Barnett Law calls home. The raw Orange County drunk driving numbers are shocking, and the devastation they leave in their wake is even worse. That’s why our Costa Mesa car accident attorney has made it a mission to help those who have been injured by a drunk driver in Orange County.

One of the first steps you can take to fight this enormous problem is to stay informed. And you can do that by reading about the Orange County drunk driving statistics below.

By the Numbers: Drunk Driving Wrecks in Orange County

Sadly, drunk driving is extremely common in Orange County. Here are the numbers that back that up:

The DUI arrest rate between 2016 and 2017 did decrease by 7.5 percent in Orange County, but that does not necessarily mean that the total number of drunk drivers on our roads actually decreased.

Keep in mind, too, that getting arrested for DUI is not the same thing as actually being held accountable. That’s because not all legitimate DUI arrests lead to convictions and penalties. In Orange County, only 85.9 percent of DUI charges led to convictions in 2017, according to the California DMV.

All serious injuries that result from drunk driving are tragic and preventable, but almost nothing is sadder than when someone takes a life because they drove drunk. And sadly, it happens frequently in Orange County.

According to the OC’s Healthier Together initiative, 28.5 percent of traffic-related deaths in Orange County involve alcohol. Despite changes in the law and efforts to combat drunk driving, this figure has held relatively steady since 2008, when the initiative started tracking Orange County drunk driving death statistics.

And while fatal drunk driving crashes happen everywhere, Orange County sees more than its fair share. Our rate of 28.5 percent of driving deaths involving alcohol is higher than the state average of 27.7 percent and the national average of 27 percent.

The data on specific Orange County cities’ drunk driving statistics is spotty and, in many cases, older, but we can still use it to understand trends in drunk driving patterns in our area.

For example, a 2004 report found that the top cities for DUI arrests in Orange County were as follows (in order):

That same report found that one-third of those arrested for drunk driving in any Orange County city had a passenger with them. That tells us that the risk to passengers from DUIs is likely quite high.

Why the Numbers Matter

Why should you care about these Orange County DUI statistics? Because if they haven’t already affected you, they very likely will at some point.

Drunk driving accidents are far too common in our county, and the math is simple: If you and your loved ones drive or go anywhere near the roads, you’re at risk of being directly or indirectly hurt by a drunk driver.

These statistics serve as a reminder that we all have a responsibility to drive safely and, if we consume alcohol, to do so safely and legally.

If you or a loved one is one of the many victims of drunk drivers in Orange County, it’s easy to feel like there’s no hope. But there is hope. California law provides a way for you to seek compensation from a drunk driver who injures you.

It’s not a guarantee. But with the right attorney on your side, you give yourself a real chance at recovering full compensation for your injuries and the many other ways a drunk driving accident can harm you. If you’ve been hurt in a drunk driving accident, reach out to Case Barnett Law. We’re here to help you get your life back.

Working for a Safer Future for Orange County Drivers

No one should be hurt because of a drunk driver, but it happens all the time both in Orange County and across California and the country. We think that’s wrong, and we have devoted time and effort to helping our clients fight back when they’ve been the victims of drunk driving.