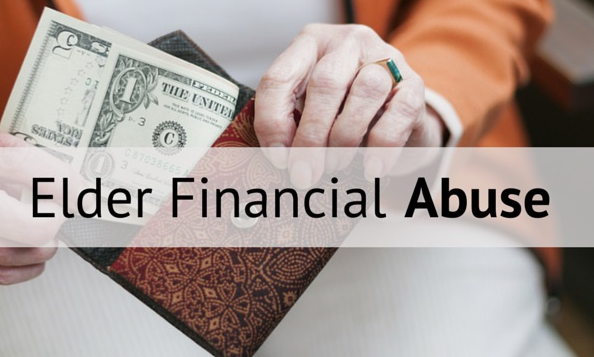 Financial scams that target seniors are extremely common. In fact, the Modesto Bee reported that an elderly Californian woman was financially abused by her husband for over a decade. The report notes that when the victim married her abuser, who was 24 years her junior, she owned a beautiful home and had several hundred thousand dollars in her bank account. Then, over the course of a decade, the victim depleted her savings and lost her home to foreclosure. The elderly woman recently died and her widower has been arrested under suspicion of both financial and physical elder abuse.

Scams Can Be Difficult To Spot

Although stories of family members financially abusing senior citizens in their own family, such as the one illustrated above, do frequently come to light, stories of financial scams perpetrated by strangers on the elderly are also very common. For example, the ‘IRS scam’ is currently very popular in the United States. During this scam a stranger calls a senior citizen claiming to be an agent of the Internal Revenue Service and demands that the victim pay fictitious overdue taxes or else face arrest. It is a good idea for seniors to be aware of this type of scam, and other common scams, so that if they receive such a call they will know to be suspicious of the caller.

While scam artists attempt to take financial advantage of the elderly in a variety of different ways, the National Council on Aging has put together a helpful list of the most common scams that are used to take money from the elderly. These scams include:

How to Report Elder Abuse

If you suspect that elder abuse is occurring, contact Adult Protective Services at (800) 336-4316.

Think you or your loved one may have been scammed?

After ensuring that the at risk senior is no longer being abused, contact the Case Barnett Law Firm at (949) 861-2990 for a free consultation to discuss your legal options. Our Southern California elder law attorneys have years of experience fighting for the rights of the elderly and would be happy to help you.