Frontal Lobe Injuries Due to Car Accidents in Orange County

The frontal lobe of your brain is where your personality lives. It regulates much of your ability to experience joy and other emotions.

So, what happens when it gets damaged?

The frontal lobe also happens to be one of the largest parts of your brain, and it’s in the front part of your skull. That means it’s prone to injury in accidents like car crashes. And these injuries can be permanent and life-altering.

This is a nightmare that happens to countless Orange County residents every year. But it doesn’t have to be the end of your story.

If you or a loved one has suffered a frontal lobe injury in a car accident in Orange County, read on. We’ll explore the need-to-know facts and your potential road to financial recovery. And if you’re ready to get legal help now, reach out to our Orange County car accident lawyer at Case Barnett Law. 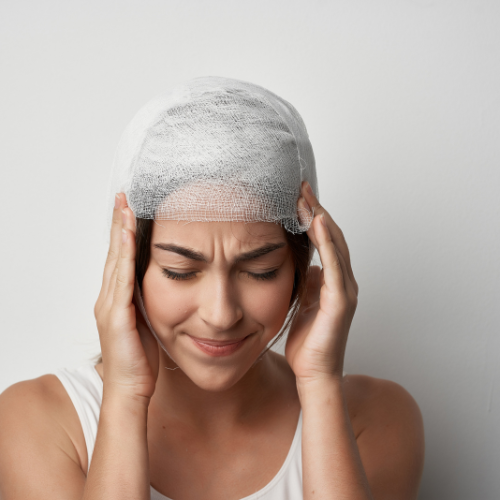 What Is a Frontal Lobe Injury?

There’s a common misconception about brain injuries that we need to clear up right now: You don’t have to have blood everywhere or a hole in your head in order to suffer a serious injury to your frontal lobe.

In fact, many brain injuries are almost completely invisible to the naked eye. It’s only once symptoms begin to appear that you or your loved ones may realize something isn’t right.

Truthfully, any strong impact to the head can cause a frontal lobe injury. Ready to guess one of the most common ways to experience an impact to your head? You can probably get it on the first try: It’s car accidents.

Think about it: You’re moving at high speed in a metal box on a road crowded with other metal boxes. These cars and trucks can weigh multiple tons, and their drivers can be pretty careless. That’s why thousands of people die on California roads every year.

A careless driver slams into you — from the front, back, or side — and the impact sends your head in one direction or another. You might hit the dashboard. The airbag might deploy. Or you might just feel your head whip back and forth on your neck. In any of these scenarios, a frontal lobe injury can easily happen.

You might walk away from a car accident with no idea that you have a frontal lobe injury. You might even return to your daily life. But it won’t take too long before you start to notice the signs, which can range from relatively mild to completely life-changing.

Here are some of the symptoms of frontal lobe injury after a car accident:

These frontal lobe injury symptoms are bad enough in and of themselves, but imagine trying to return to work while you’re experiencing them. Imagine trying to have a normal dinner with your family. It doesn’t work the way it used to when you have a different personality or trouble remembering things. And that’s why these injuries are so serious.

The first and most important thing that needs to happen after a car accident is medical care. No matter how tough you think you are, no matter how fine you feel — you need to seek immediate medical care.

Frontal lobe injuries aren’t always immediately obvious, and what felt like a relatively minor head impact to you could actually have injured your brain in a big way. A doctor can help you understand the severity of the injury you’ve suffered and prescribe the appropriate treatments.

Under California law, you may be able to sue the person who caused your car accident to recover compensation for every way in which this frontal lobe injury has harmed you. The law may allow for it, but that doesn’t mean victory will come easily. That’s why so many people in this position turn to a qualified personal injury attorney.

Any blow to the head can deal a major blow to your bank account, but when the result of your car accident is a frontal lobe injury, you face a long, expensive, and excruciating road to recovery.

The road to recovery after a car accident frontal lobe injury in Orange County isn’t an easy one, but the experienced and trusted legal team at Case Barnett Law is here to make it much, much easier. We’ll handle the hard legal stuff while you focus on getting better. And we’ll do everything in our power to maximize the compensation you recover.