How Social Media Can Affect Your Lawsuit

How Social Media Can Affect Your Lawsuit 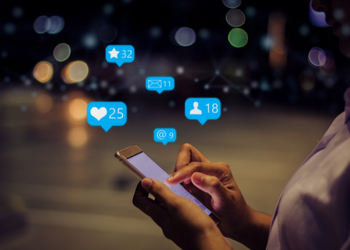 For most of us, when something big happens in our lives, we post about it on social media. And what’s bigger than a serious injury? Almost nothing, so it only makes sense that you would want to mention it on your social media profiles.

But you may want to think twice before posting on social media about your injury, accident, or personal injury lawsuit.

That’s because what you post, like, comment on, or get tagged in can actually have a serious impact on the outcome of your lawsuit. In other words, social media can affect your lawsuit by limiting the compensation you receive or even keeping you from receiving any compensation at all.

When you’re hurt and facing medical bills and lost wages, that’s serious. So, it’s time to take social media and the threat it poses to your lawsuit seriously. Here’s what our Costa Mesa personal injury lawyer says you need to know.

Can Social Media Be Used as Evidence in a California Lawsuit?

What you post on social media is not private. It is considered public record. Think of posting on social media like taking a megaphone to your local grocery store and yelling so everyone can hear. Multiple people would be able to verify that you said what you said. Even if you have some privacy settings turned on, social media is the same way.

So, yes, social media can be used as evidence in a lawsuit. In some cases, it may be evidence that supports your side of the story. That might happen when the person you’re suing posts something that inadvertently incriminates them.

But in most cases, if you’re the one who was hurt and you’re posting on social media, all you are doing is putting your lawsuit — and the chance to recover compensation — at risk.

How Social Media Posts Can Hurt Your Case

How, exactly, does social media put your personal injury lawsuit at risk? It can do so in virtually endless ways. Here are some examples:

The list could go on. The truth is that defense lawyers — the ones who will represent the person you’re suing for your injuries — know to go straight to social media as they build their defenses. They’re looking for you to make a mistake and say or do the wrong thing, and there are hundreds of ways you could mess up without even knowing it.

If you’re feeling a little nervous about social media in the aftermath of your accident, that’s a good thing. It means you’re less likely to make a mistake that could keep you from recovering the full compensation the at-fault party owes you.

To help even more, here are five social media tips to keep in mind if you have a pending or potential personal injury lawsuit:

Let’s be extremely clear about something: Making your posts private is not bulletproof, and it certainly doesn’t mean you can then start posting all kinds of stuff about your accident and injury. Even when your posts and profile are private, your actions and posts can be used against you in your lawsuit.

Even private content on social media platforms is part of the public record, and you never know who in your friends or followers might take a screenshot of something you post or do and share it with someone who could use it against you. Still, making everything as private as possible is a helpful step to take.

2. Be Wary of New Friend Requests

We’ve all gotten friend or follow requests from people we don’t know. Many people just accept these requests because they don’t see the harm in it. But if you’ve been injured and are suing or considering suing, you need to be extra careful.

A friend request from someone you don’t know could actually be from a fake profile for someone you do know — someone who might be looking for evidence they can use against you in your personal injury lawsuit.

Comments can be just as harmful to your lawsuit as posts. Really, there’s no difference between the two as far as your lawsuit is concerned, but it might be easy to let a comment slip through while you’re making sure not to post.

So, avoid commenting in general during your lawsuit — and never make a comment that has anything to do with your lawsuit.

4. Ask Your Friends Not to Tag You

You can control what you do or don’t do on social media, and that’s important to the success of your case. But what about your friends? They can tag you in their posts, and that can also hurt your lawsuit.

How? Imagine that your friend makes a post about your accident and tags you, but their post is not consistent with your side of the story. The defense could use that to suggest that you might be lying about what happened.

The best approach here is to simply ask your friends not to tag or mention you on social media until your lawsuit has resolved. And if you do get tagged or mentioned, review it, send it to your attorney, and either untag yourself or ask your friend to do so.

5. Talk to Your Lawyer Before Posting Anything

The safest rule of thumb is to not do much of anything on social media while your lawsuit is pending. There are simply too many ways that you can accidentally make a mistake and put your whole lawsuit in jeopardy.

However, if you feel you have to post something (even if it seems harmless), talk to your attorney first. They can review what you want to say and make sure it’s not going to hurt your lawsuit’s chance of success.

At Case Barnett Law, we know that finding the right personal injury lawyer for your lawsuit against the government can be crucial to your success. Luckily, we bring all the essentials to the table: experience, communication skills, a proven track record, and, most importantly, a commitment to our clients’ well-being.