What to Expect From a Sexual Assault Civil Lawsuit

Has your child suffered an injury at school? Schedule a free consultation with a California child injury lawyer today. At Case Barnett Law, we help families seek justice for their children’s injuries. Sometimes but not always, that involves suing a school. In any case, our trusted attorneys have the experience and legal knowledge you need on your side as you seek compensation for what has happened to your child.

You can find out whether you can sue your child’s school for an injury at no cost to you. That’s because we offer free consultations. To request a free consultation with our team, reach out by calling 949-409-0055 or filling out the online contact form below. We have been proudly servicing clients throughout Costa Mesa, California and the surrounding areas. 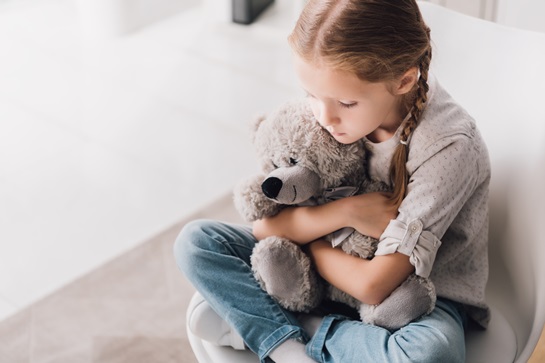 People who have suffered sexual assault or sexual abuse have the right to take legal action against their attacker. Even if California’s criminal justice system succeeds in sending the perpetrator to prison, a conviction is not always enough to help survivors heal. Our California sexual assault lawyer details further.

If you were the victim of sexual assault, you could be entitled to significant compensation through an insurance claim or personal injury lawsuit. You might be able to file a claim against your attacker and anyone who facilitated the abuse, such as an employer, church, or public school.

Since civil claims are very different from criminal cases, you could still file a personal injury lawsuit even if your attacker has not been charged with or convicted of a crime. This is because criminal and civil courts take very different approaches to evidence and culpability.

When someone is suspected of sexual assault and sent to a criminal court, the prosecutor must prove beyond a reasonable doubt that the suspect committed a crime. A civil case, in contrast, can be won if there is a “preponderance of evidence.” In other words, a judge or jury could award you damages if the evidence suggests that the perpetrator’s misconduct most likely caused your injuries. Oftentimes, civil claims can be resolved far faster than criminal cases.

Getting Justice Through California’s Civil Courts

If you were the victim of sexual abuse, you might have already filed a police complaint. If prosecutors believe there is enough evidence, they could file charges against the suspect. However, a successful criminal conviction might not provide victims with the compensation they need to begin putting their lives back together.

People who have suffered physical injuries or severe mental anguish after a sexual assault could instead pursue compensation through California’s civil courts. You could recover damages for:

How the Statute of Limitations Affects Sexual Assault Claims in California

Civil cases are subject to a strict statute of limitations. If you or a loved one survived sexual assault, you should consult an attorney immediately. If you wait too long:

California’s statute of limitations for personal injury lawsuits is typically two years from the date of an accident or injury. However, the state treats sexual assault cases differently. The statute of limitations for most sex crimes is ten years from the date of the incident or three years after the discovery of an assault. People who suffered childhood sexual abuse may have longer to file a claim.

The Rules Are Different for Children

California has different rules for people who were abused or sexually assaulted as children. To file a lawsuit, you have until your 40th birthday, or five years from the date you discovered or could have been expected to discover that a physical or psychological injury developed in adulthood was caused by the abuse.

If you are over the age of 40, you might still be able to take action if:

Sexual assault is among the most common violent crimes in the United States. Unfortunately, holding perpetrators accountable can be challenging—especially in criminal court, where a prosecutor may be unable to present the compelling and near-irrefutable evidence of wrongdoing needed to secure a conviction.

However, survivors have other options. A civil lawsuit provides a critical opportunity to not only obtain compensation for your injuries but also to hold a perpetrator liable for their crimes. By taking swift and decisive action, you could prevent your attacker and their enablers from hurting anyone else.

If you survived sexual assault or childhood abuse, you deserve the best representation available. Case Barnett Law has years of experience advocating for sexual assault survivors’ rights. Please send us a message online to discuss your options for recovery and schedule your free, confidential consultation.