Pain and Suffering: The Dangers of Opposing a Biomechanical Expert in a Personal Injury Trial

Losing hurts. Every time, losing hurts. We, as plaintiffs’ trial attorneys, do what we do for a number of reasons. Money is obviously one of them. But what people forget about the civil justice system, is the word justice. People, who have been injured because of someone else’s negligence, need justice. True justice would be hitting the rewind button and turning back time to before the incident that caused the injury. To return them to their previous lives. But we can’t do this. So, we are left with imperfect justice. Money Justice. But money justice still speaks volumes to the community, and to the person or people who were injured.

Money Justice and How It Works 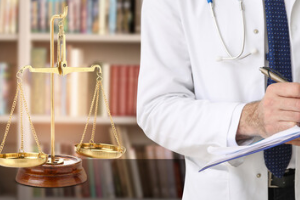 Money justice lets someone who has been hurt know, we understand your suffering, and we appreciate your suffering. It lets them know we value your life and what you have lost and how things will never be the same. Justice is sometimes a tiny pinhole of light in otherwise complete darkness, or a bright, hot burning sun that lights every inch. Either way, justice is what keeps us pushing forward.

What Happens if I Don't Win My Personal Injury Case? Is It Over?

The case comes out of a collision on the 405 freeway at dusk in June of 2012. My client was rear-ended and shoved into the car in front of him. My client was 39 years old at the time of the crash and a DMV supervisor. He was and is married to his high school sweetheart.

Caution: Opposing a Biomedical Expert in a Personal Injury Trial

The jury asked after the trial why we didn’t call a biomechanical expert like the defense had hired and presented to the jury. The truth is that at that level of impact, no fair and competent expert can say whether the forces caused or didn’t cause the injury. But, the defense expert, someone who testifies for the defense 90% of the time, opined that there was a 0% chance this impact caused this injury. It is garbage. He is not a medical doctor. He uses outdated studies, with general results, and tries to apply them to the specific and unique facts of our case.

Frustrations with the Wrong Jurors 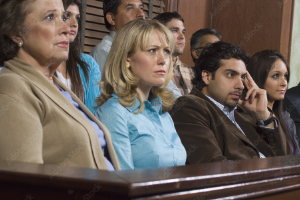 I need to get better at handling this junk science. I need to get better at handling this garbage. I trusted that a jury would understand the potential for abuse that an expert like this poses. One juror, after the trial, perfectly articulated the problems with this expert. She said to me, anyone who is paid enough money can manipulate numbers to say whatever they want. Exactly. I thought it was enough that my client never had pain before the crash. My client was in constant pain from the time of the crash, until he had spinal fusion surgery 2 years later. He exhausted all of the more conservative treatments. He is honest. He is hardworking. And the jury said they liked him and his family. But they got hung up on the biomechanical expert and on the substantial factor jury instruction. I believe we had the wrong 12 (or at least the wrong 9) people to hear this case.

I will save a separate blog post to discuss the substantial factor instruction but I think my main failings, in this case, revolved around my voir dire and the selection of jurors. For now, I just pray for my client and his wife and their 18-month-old son that they still see the light of justice, even if it is only a pinhole at the moment. We will file a motion for new trial and JNOV. There is still hope. The jury’s decision did not conform to the evidence.

Jun
24
Suing for a Delayed Injury in California
You thought everything was fine. You had a car accident and walked away unscathed. Thank goodness, right? Maybe not — at least, not if you start hurting a few days, weeks, or even months after the incident.
Read More +
Jun
09
How Much to Ask for in a Personal Injury Settlement?
In California, when someone hurts you because of their negligent actions, you can sue them for personal injury. If your lawsuit is successful, you will receive either a settlement or a monetary award via a court verdict.
Read More +
Jun
01
Are General Contractors Liable for Subcontractor Negligence?
Construction sites are busy places. Trailers, hard hats, heavy machinery, materials, and tools come together to make what can, from the outside, look like a big mess.
Read More +
Read More Blogs