It doesn’t matter whether you’re at a red light, a stop sign, a traffic slowdown, or a traffic jam. Rear-end accidents are the worst.

And they hurt. Sometimes, they even lead to serious injuries. According to the Insurance Information Institute, these crashes are behind 6.8 percent of fatal car accidents.

In other words, rear-end accidents are no joke. So, what should you do if you’ve been involved in one?

Here’s what many people do: They file insurance claims or lawsuits to recover compensation for their injuries.

Whether you are able to do that will depend on the circumstances of your unique accident. But by the end of this article, you should have a solid idea of what you want your next steps to be.

The only thing left to do after that will be to speak to the experienced Costa Mesa car accident attorney at Case Barnett Law. Read on and reach out. 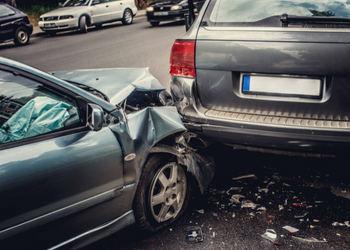 Suing for a Rear-End Accident in California

Can you sue for a rear-end accident?

In many cases, the answer will be yes. However, a few key elements have to be present in your case:

The good news is that rear-end accidents — more often than many other types of accidents — are typically pretty easy to blame on the rear driver.

In other words, if you got rear-ended and suffered injuries, there’s a decent chance that you will be able to file a lawsuit to recover compensation.

Is the Rear Vehicle Always at Fault?

Nothing in California law — or the laws of any other state, for that matter — is ever 100 percent consistent.

That certainly applies to the old wisdom about rear drivers always being at fault in rear-end accidents.

Yes, the driver who rear-ended you is likely to be considered at fault. But there are exceptions to this rule.

These are, however, exceptions to a relatively general rule. And even in these exceptions, someone was at fault for the crash. It just isn’t always the driver who directly rear-ended you.

Compared to a head-on collision, a rear-end accident might seem relatively minor. But it’s a mistake to assume that serious injuries never happen in rear-end collisions.

In fact, they happen all the time. The force and speed involved in a rear-end collision can even be enough to be fatal.

Here are some common types of injuries that occur in rear-end crashes in California:

These are just examples. In reality, rear-end collisions at high speed can cause almost any kind of injury. And if you were injured in a rear-end crash, you deserve compensation.

Compensation You Could Recover

If someone rear-ended you because they were acting negligently, there’s a chance you can sue them. If your lawsuit or claim is successful, you can recover compensation.

But what, exactly, can you be compensated for in a rear-end accident?

Really, any harm that came to you because of the crash could warrant compensation. Here are some common examples:

A qualified attorney can help you identify all of the damages you suffered and assign a fair monetary value to them.

What do you do after a rear-end accident?