Suing for a Bike Accident: Do's and Don'ts

Suing for a Bike Accident: Do's and Don'ts 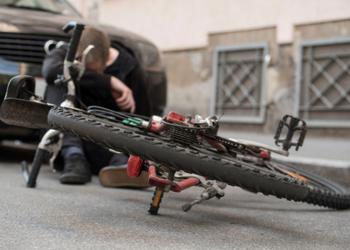 As a premier Orange County personal injury lawyer, our firm has seen it all. Few accidents are as devastating—or result in as many serious injuries—as bike accidents. If you were injured in a bicycle wreck caused by someone else, you may be eligible to file a bike accident lawsuit.

Bicycles are a fantastic mode of transportation, especially in the city. Not only does riding a bike improve physical health, but it can also help you save on gas money and reduce your carbon footprint. However, cycling does come with at least one massive downside: vulnerability.

Like it or not, it’s still a car’s world. Californians who choose to bike must do so in the company of cars, trucks, motorcycles, and other large vehicles, and when collisions happen, the cyclists rarely fare well. They may suffer catastrophic injuries that require expensive medical treatment or be left with permanent disabilities.

What does a bike accident victim do in these situations? Unless they’re very wealthy, there’s a good chance they won’t be able to pay for their medical treatment without going into substantial debt. If their injuries render them unable to work, they may even face financial ruin and destitution. In these cases, it’s critical they seek out an experienced bicycle injury lawyer.

At Case Barnett Law, we’ve been helping injury victims find justice in Southern California for years. We know exactly what it takes to win a bike accident lawsuit—and the mistakes that can sink the case. Keep reading to learn the essential do’s and don’ts of filing a successful bike accident lawsuit.

Did you suffer serious injuries in a bicycle accident caused by someone else? If so, you shouldn’t be left footing the bill. Contact us online to schedule a free consultation.

Bike Accidents: What to Do after the Crash

No one expects to be in a brutal accident, and as a result, many cyclists never take the time to think about what they would do in the event of an accident. Unfortunately, failing to prepare for the possibility of a collision can leave cyclists vulnerable to making critical errors that jeopardize their health and their claim.

If you regularly bike around the city, you need to have an accident plan. By following these seven steps after a crash, you can give yourself the best chance of winning a bike accident lawsuit, should you decide to file one:

By knowing the steps you’d take in the event of a bike accident, you can give yourself the best chance of filing a successful claim and securing the compensation you need for recovery.

Bike Accidents: What NOT to Do after the Crash

In many emergency situations, knowing what NOT to do is almost as important as knowing what actions to take. If you ever find yourself the victim of a bicycle accident, you may want to take the following don’ts into account:

Accidents involving cars and bikes are typically complex, and navigating a fair settlement is difficult without legal assistance. By following these simple do’s and don’ts, you give yourself and your attorney the best chance of securing the compensation you deserve.

Cyclists deserve to be safe just as much as automobile drivers and pedestrians do. Unfortunately, they often get the short end of the stick.