5 Reasons Why TBI is Frequently Missed

Five Reasons Why TBI is Frequently Missed in California

You slip and fall, hitting the back of your head. Or you have a car accident in California and hit your forehead on the dashboard. In any case, you walk away feeling relatively fine. You may even get medical clearance from your doctor — a little bruising, but not much else.

But what you may not know is that you’re at risk of having a hidden traumatic brain injury (TBI).

It’s not far-fetched. It happens all the time, our Orange County personal injury lawyer adds. TBI is frequently missed, and the potential harms of a missed brain injury are severe.

In this post, the Case Barnett Law team explores five reasons why TBI is so often missed and what you can do if you have a brain injury. Read on to learn everything you need to know. 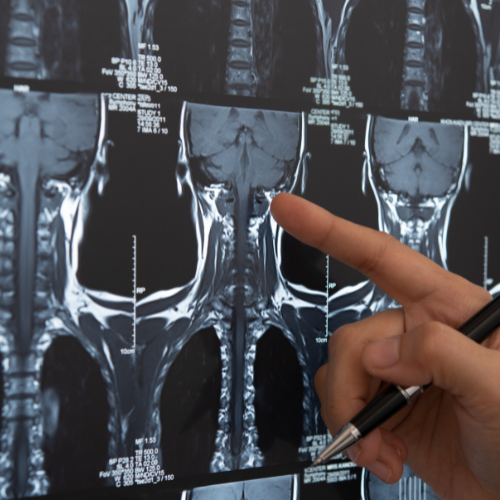 1. Brain Injuries Can Be Delayed

Brain injuries like concussions happen when the head suffers a hard impact. That means they usually result from accidents like car crashes and serious falls.

With those kinds of impacts, you would assume that the injuries would be immediately visible. But that’s not always the case. In fact, many TBIs are delayed — sometimes for days after the initial incident.

Why does that matter to you? Because it might mean your doctor will miss a potential brain injury.

Picture it: You have a car accident and immediately go to the hospital. Your minor injuries are treated, and you are discharged. But then your concussion starts showing symptoms two days later. That’s two days of treatment that you have now missed.

2. Symptoms May Be Invisible

The symptoms of serious brain injuries are typically noticeable. There may be bleeding or unconsciousness, for example. But more minor — but still serious — brain injuries can have symptoms that border on invisible.

For example, you may experience trouble with memory or problem-solving after a serious impact to your head. To those around you, that trouble may not be immediately obvious. You may think you’re feeling foggy, so you may not think to mention it to your friends, family members, or doctor.

If your doctor doesn’t know you’re having these invisible symptoms, they are likely to miss your TBI. And that can mean you go for weeks before getting any sort of treatment for a potentially life-threatening injury.

Unfortunately, injury victims often try to tough it out. They walk away from a slip-and-fall accident or car wreck, and, because they feel relatively OK at that moment, they decide to skip the hospital visit.

If you don’t see a doctor, you can’t get diagnosed with a TBI. It’s that simple. And it’s a huge reason why so many TBIs go undiagnosed and, as a result, untreated.

That’s why it is so important that you seek medical care after any kind of accident — no matter how fine you may feel. Brain injuries can be delayed or show no visible symptoms, but that doesn’t make them any less serious. Get checked out for peace of mind and your health.

Sadly, the result is often that doctors don’t check for a TBI. And, according to a 2014 study, that is one of the most common reasons why doctors miss TBIs in accident victims.

It could easily happen to you or anyone who has been in an accident not typically associated with TBIs. For example, imagine that a dog attacked you. The dog bit your hand, and, in the process of the attack, knocked you down.

You go to the doctor, and they treat your visible wounds. But that means they ignore the fact that you fell down and hit your head on the concrete. They would have no way of knowing that you suffered a concussion, so they might discharge you.

Modern medicine is, in many ways, a miracle. But it isn’t perfect. That’s certainly true when you’re talking about testing for TBIs.

Doctors don’t generally give you a blood test that will confirm with 100 percent certainty that you have a TBI. In the vast majority of cases, they will instead use a series of questions and some scanning, such as a computerized tomography (CT) or magnetic resonance imaging (MRI) scan.

An experienced medical professional can diagnose a brain injury with those kinds of tests and processes with relatively high accuracy, but it won’t be perfect. The images from MRIs and CT scans are still up to interpretation, and the answers to a questionnaire about your injury will be subjective.

In other words, the tests doctors use to look for TBIs are far from perfect. And that means they can miss TBIs.

There are a lot of problems tied to missing a TBI. Most of them relate to threats to your health, but others center on legal issues. For example, if you don’t know you have a brain injury, how can you sue the person who caused the brain injury?

You might already have sued but failed to include the effects of your TBI in your calculation of your damages. Or you might be afraid you’re going to miss the deadline to file your claim (called the statute of limitations). In either case, you’re probably feeling stressed and worried that you’re not going to get justice for what happened.

We’re here to put your fears to rest. In many cases, you can still take legal action even if you weren’t immediately aware of your brain injury. And while this issue can pose some problems for your lawsuit, teaming up with the right attorney can give you the best possible chance of success.