What to Know After a Drunk Driving Accident

Were you injured in a car accident near Costa Mesa? Schedule a free consultation with our experienced legal team today. At Case Barnett Law, our experienced car accident legal team understands just how difficult it can be after suffering an injury from an auto accident, and we know how to help you find a legal strategy that can see you through this mess and land you the compensation you deserve. 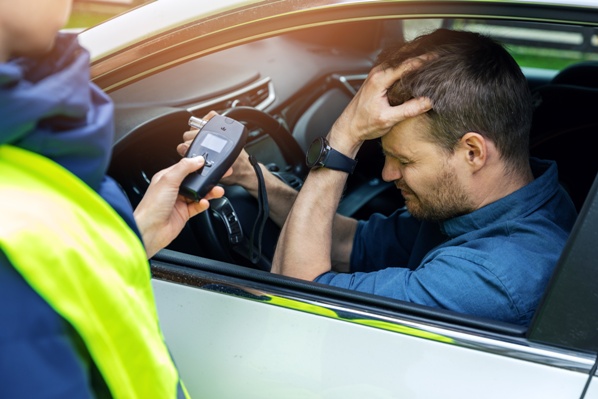 Everyone should know about the dangers of driving drunk. But each day, countless Americans choose to hit the road after having one drink too many. Here in California, that leads to a sobering truth: over 1,000 people are killed by intoxicated motorists each and every year. Many more, too, are injured.

If you or a loved one has been injured—or worse—by a drunk driver, our Costa Mesa car accident attorney explains what you need to know before filing a personal injury lawsuit.

The Dangers of Driving Drunk in California

People drink for a great many reasons. For most folks, booze is a way to loosen up, relax, and cast away the inhibitions of everyday life. While alcohol’s intoxicating effect may be beneficial on a first date or during a family get-together, it can hamper people’s ability to perform even simple, everyday tasks.

Unfortunately, many people view driving as a simple task, too, thinking of steering, braking, and accelerating as an almost automatic set of reactions. In reality, though, consuming even a small amount of alcohol can significantly impair an individual’s:

Alcohol-awareness organizations like Mothers Against Drunk Driving, or MADD, have estimated that over 1,000 California residents were killed by drunk drivers in 2017 alone. Meanwhile, well over a quarter of all accidents reported on California roads involved alcohol in some way or another, accounting for untold injuries and millions of dollars in property damage.

What Happens When You Get Hit by a Drunk Driver

Whenever you are involved in any sort of accident, the first thing you should do is make sure that you are safe. Check yourself for injuries, and make sure any passengers are okay. If you are in pain—or something simply feels wrong—seek medical attention as soon as possible.

If you do not need to summon an ambulance or leave for the hospital, evaluate the scene of the accident and do the following:

When it comes to cases involving potential drunk drivers, you should always call the police. The responding officer will investigate the scene of the accident. If they believe that the other driver is under the influence of alcohol or drugs, they will very likely administer a field sobriety test. If the driver’s responses indicate they are drunk or otherwise not fit to be behind the wheel, they may be given a breathalyzer test or taken to the local station to have their blood-alcohol levels checked.

After the officer’s investigation is complete, they will write a report documenting their findings. You can use this report in court, if necessary.

Even if you did not suffer any evident injuries, you should still visit a physician as soon as possible. The shock of a crash could mask potential problems, like:

Sadly, accidents involving drunk drivers tend to be more severe than those involving clear-headed motorists. Since drunk drivers are not fully aware of their surroundings, they are less likely to take evasive action when they are on course to cause an accident. They may rear-end a motorcyclist at full speed or barrel through a clearly marked stop sign.

A drunk driver’s carelessness can cause serious injuries, including:

Why You May Need to File a Personal Injury Lawsuit

If you sustained significant injuries or property damage, you might wish to file a personal injury lawsuit. This is true even if the other driver has been charged with driving under the influence. Even if the other driver is convicted of drunk driving, the court may not order restitution. In other words, you—or a loved one—could be left paying for your recovery out of pocket.

However, California permits people who have been hurt by a drunk driver to file a lawsuit, both before a criminal case has been concluded and after the court has reached its final verdict. While a criminal conviction will do nothing but bolster your personal injury lawsuit’s chances of success, it is not needed to win in court. That’s because civil courts demand a substantially lower burden of proof than criminal courts.

While you may be inclined to think that responsibility for a DUI starts and ends with the driver, this is not necessarily the case. Under certain circumstances, you may be able to claim damages from individuals or entities which knowingly facilitated the drunk driver’s intoxication and further negligence.

If the other motorist had a history of driving drunk or was particularly negligent, then a  judge might order them to pay punitive damages, a special category of damages which is intended to punish somebody who was overtly or wantonly reckless.

While there is no easy way to determine how much money a court may grant you, an experienced personal injury attorney can review your case and give you a good estimate. Many of our clients have won six- and seven-figure settlements.

How an Orange County Personal Injury Attorney Can Help

Even if the other driver has been convicted of driving under the influence or another alcohol-related offense, no lawsuit is ever open-and-shut. If the other motorist hires an attorney, their lawyer will do everything within their power to minimize their client’s liability—even if it means suggesting that you were largely responsible for the accident!

While California’s civil courts do accept a lower standard of evidence than criminal courts, you still have to comply with certain rules and regulations. Whenever you sue someone for negligence, you have to demonstrate how and why they should be held liable. Oftentimes, this means showing that:

You will also have to determine the value of your damages. While this might sound easy, estimating damages can be very difficult if you suffered non-physical damages or are likely to incur future costs as a direct result of the accident.

Proving your damages, too, means collecting and properly presenting an array of evidence, from law enforcement reports to eyewitness testimonies and surveillance camera footage. If the other driver puts up a good defense, you may need to call in an expert to analyze the exact circumstances of the accident.

The Cost of Contacting a Personal Injury Attorney

You are not wrong if you think hiring a lawyer can be expensive.

However, personal injury attorneys do things differently from corporate attorneys. We pride ourselves on sticking up for ordinary people—people who may not be able to pay thousands of dollars out of pocket to get justice. Instead, most personal injury attorneys work on what is called a contingency basis. In other words, they only get paid when you do—and if they fail to win your case, you owe nothing. Typically, your lawyer’s fees will be subtracted from your settlement.

If you have been hurt by a drunk driver, you should not have to bear the costs of recovery alone. Case Barnett Law has over a decade of trial experience, representing clients of all different backgrounds. We know what our clients need, and we know what the courts expect. Send us a message online or call us today to schedule your free consultation.