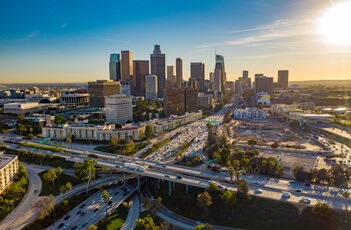 Truck crashes are devastating events that can cause long-lasting or even fatal injuries. In the blink of an eye, an everyday car journey turns into weeks in the hospital, constant calls from insurance adjusters, and medical bills that pile up while you cannot go back to work.

Although they're called "accidents," the truth is that these incidents are usually caused by a truck driver, commercial carrier, or a third party's negligence. If you're struggling after a semi-truck crash, a Los Angeles County truck accident lawyer can take over your compensation claim while you focus on healing.

Why Are Truck Accidents So Common in LA County?

Los Angeles County is full of congested multilane roadways where truck accidents are common due to high speeds and traffic jams. Year after year, the city of Los Angeles accounts for nearly half of LA County's crashes.

One stretch of 14 Freeway in Santa Clarita saw three truck crashes just hours apart: the first on a Thursday night when a semi-truck jackknifed and sprawled its trailer across the road, then early Friday morning when a fuel tanker collided with an SUV and spilled approximately 40 gallons of fuel onto the interchange between the 14 and 5 Freeways. While the crash investigation and rescue were underway, a box truck burst through the guardrail onto the accident site, causing further injuries.

In just one month in 2022, truck crashes on LA County roads included:

Semi-Truck Crash Injuries Can Be Deadly

Traffic accidents injure tens of thousands of Californians every year, and the speed and weight of semis make these crashes particularly lethal. Drowsy driving, punishing schedules, and failure to upgrade or maintain vehicles place drivers and passengers in smaller cars at risk.

Drivers of heavy goods trucks can cause severe injuries that cost victims thousands of dollars in medical care and intensive rehabilitation therapy, including:

Compensation You May Be Owed After a Truck Accident

However, commercial carriers have insurance agents and lawyers who fight to pay crash victims as little as possible. Your experienced truck crash attorney will work to establish negligence and recover compensation for:

What an LA County Truck Accident Lawyer Can Do for You

Due to the complexities of truck crash cases, it's vital that you never attempt to handle these claims on your own. An attorney's experience and protection can give you the edge you need to maximize your truck accident settlement. Our law firm has advocated for clients throughout LA County, helping them recover after a truck crash by:

If your truck accident happened in LA County, call Case Barnett Law for your free, confidential consultation. We can help you take on the truck driver and carrier who caused your suffering, and you won't owe us anything until your case is won.

Schedule a Free Consultation With Our California Auto Accident Lawyer

At Case Barnett Law, our experienced auto accident legal team understands just how difficult it can be after suffering an injury from an auto accident. We know how to help you find a legal strategy that can see you through this mess and land you the compensation you deserve.

You can find out whether you have a valid case at no cost to you. That’s because we offer free consultations. To request a free consultation with our team, reach out by calling 949-409-0055 or filling out the online contact form below. We proudly serve clients throughout Costa Mesa, California, and the surrounding areas.