Drunk driving is one of the leading causes of car accidents in California. According to a study, at least 949 people died in 2019 due to drunk driving. To put things into perspective, drunk driving deaths account for 26.3% of fatalities on California roads. If you have lost a loved one or been injured due to a drunk driving accident, you may be eligible for compensation.

Here is everything you need to know.

What is the average settlement for being hit by a drunk driver in California? 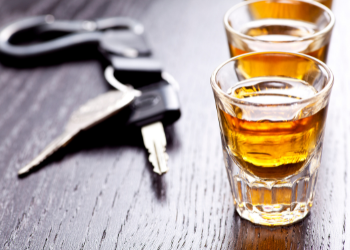 The average settlement for being hit by a drunk driver in California is $100,000. However, the amount you may be entitled to as compensation for your injuries usually depends on the severity of the accident.

For instance, if you were lucky to get away with minor cuts and bruises, the compensation will not be the same as someone who lost a leg in the same accident. Usually, the more injured you are, the higher the compensation you may be entitled to.

Sometimes, getting severely injured in a car accident may not necessarily lead to higher compensation. This is because California follows the pure comparative negligence doctrine. This legal doctrine decides the amount of compensation you may be entitled to based on your contribution to the accident.

Here's a hypothetical example of such a situation:

Peter runs a red light and gets hit by Paul, who is drunk at the time. Peter suffers serious injuries and requires multiple surgeries. However, when his attorney files a personal injury claim with Paul's insurer, the insurance provider disputes the claim arguing that even though Paul hit Peter, the latter contributed to the accident by running a red light.

After failing to reach an agreement, the matter goes to court. The judge is then briefed about each party's contribution to the accident. In his final ruling, the judge concludes that Paul was 70% responsible for the accident and Peter was 30% responsible.

Therefore, Peter can only recover 70 percent of the agreed compensation. Despite needing multiple surgeries, Peter's compensation is determined by his contribution to the accident.

Is the Bar Responsible for My Car Wreck in California?

Years ago, bars in California were held responsible for serving alcohol to individuals who caused car accidents due to drunk driving. This legal doctrine was famously known as dram shop laws (because alcohol used to be measured in units called 'dram' back then). But things have now changed; California revised these laws and introduced a new concept that freed bars and other establishments from liability following a car accident caused by a drunk driver.

The argument was that drinking and driving was the proximate cause of such accidents, not selling alcohol to the consumer. The new law argued that although such establishments sold alcohol, it was the driver's responsibility not to drink and drive. This law claimed that bars and other similar establishments had no responsibility for their patron's decisions after leaving the bar.

But, like many other laws in California, there are some exceptions.

Bars can be held responsible if they sell alcohol to minors. The legal age to drink alcohol in California is 21. Therefore, the bar could be sued if an 18-year-old drunk driver hits and injures another driver or pedestrian.

Additionally, California introduced the social host rule. Per this rule, individuals responsible for serving alcohol to underage persons would also be held responsible for a drunk driving accident caused by the minor. For example, suppose a parent, guardian, or other adult serves alcohol to an individual who they know or should have known is underage. The minor causes a car accident while drunk. In that case, the adult could be held responsible.

What's Considered Driving Under the Influence in California?

Driving Under the Influence, popularly known as DUI, is a term that describes a wide range of scenarios. In California, you may be charged with DUI if found to be driving with a blood alcohol content of 0.08% or higher.

It is also important to note that you may still be arrested for DUI even if your blood alcohol content is below the legal limit. However, in that case, the prosecutor will have a heavier burden of proof. In other words, they will need to prove beyond reasonable doubt that you were under the influence of alcohol when you got arrested.

You can be charged with DUI if found driving under the influence of drugs. However, this only refers to drugs that cause impairment. Examples of such drugs include cocaine and heroin.

Who's At Fault After a Drunk Driving Wreck in California?

There are three important things you need to know about how California determines fault after a car accident. Here's an overview:

There are three main types of comparative negligence:

Pure comparative negligence: Used in California, this doctrine allows the plaintiff to recover damages even if they were 99% at fault for the accident. In other words, they can still recover the remaining 1%.

Drunk driving accidents often lead to serious injuries, that is, if the victims are lucky to survive. This is because intoxicated drivers usually cannot make the right decisions while driving.

These kinds of injuries usually fall under two categories:

Examples of external injuries include:

Some of the most common internal injuries resulting from such car accidents include:

The scope of injury usually varies from one accident to another. Similarly, some injuries do not show right away. For this reason, it is always advisable to seek immediate medical attention as soon as possible. This applies even if you do not show any signs of pain or discomfort. There's always a possibility that your body is still high on adrenaline, preventing you from experiencing pain and discomfort for a brief period.

Additionally, internal injuries often take long before they begin showing signs. In fact, when these signs begin to show, it is usually because the injury has developed to a more severe level. Therefore, seeking immediate medical attention allows your doctor to examine whether you have suffered any internal injuries. If so, the doctor will recommend the most appropriate treatment.

What If The Person is Uninsured?

It is scary to be involved in a car accident. It is even scarier to find out that the at-fault driver is uninsured. The good news is that there is always a way out if you ever find yourself in such a situation. Here are some quick tips to guide you:

If you have been injured by an uninsured driver, you should proceed with the claims process just as you would with an insured driver.

Things not to do:

How a Costa Mesa Personal Injury Lawyer Can Help

There are so many ways an experienced car accident attorney can help even if you have been injured by an uninsured motorist. Let's take a look.

Your attorney will evaluate your case to determine whether it is valid. If they find out that you have a valid case, they will proceed to the next step.

The attorney will then investigate the accident to get all the necessary details. This stage involves examining evidence to determine liability. Remember when we mentioned that you should take pictures of the accident scene? Those pictures will come in handy at this stage of the investigation. Your attorney will also interview witnesses to get their version of the story and seek expert opinion.

In order to file a claim, your attorney will want to know the extent of your injuries. This includes both internal and external injuries. In addition to the physical injuries, the car accident attorney will also consider damages such as economic and non-economic damages.

Determining Where to File the Claim

The next thing is to identify the party responsible for compensating you for your injuries and damages. There are many different ways you may be able to recover compensation even if you were injured by an insured motorist. Examples of these options include:

If you or your loved one has been injured by a drunk driver in California, our experienced car accident attorneys at Case Barnett Law might be able to help you seek the compensation you need and deserve. This applies even if the at-fault driver was uninsured. Located in Costa Mesa, Orange County, our attorneys serve clients from all over the state.